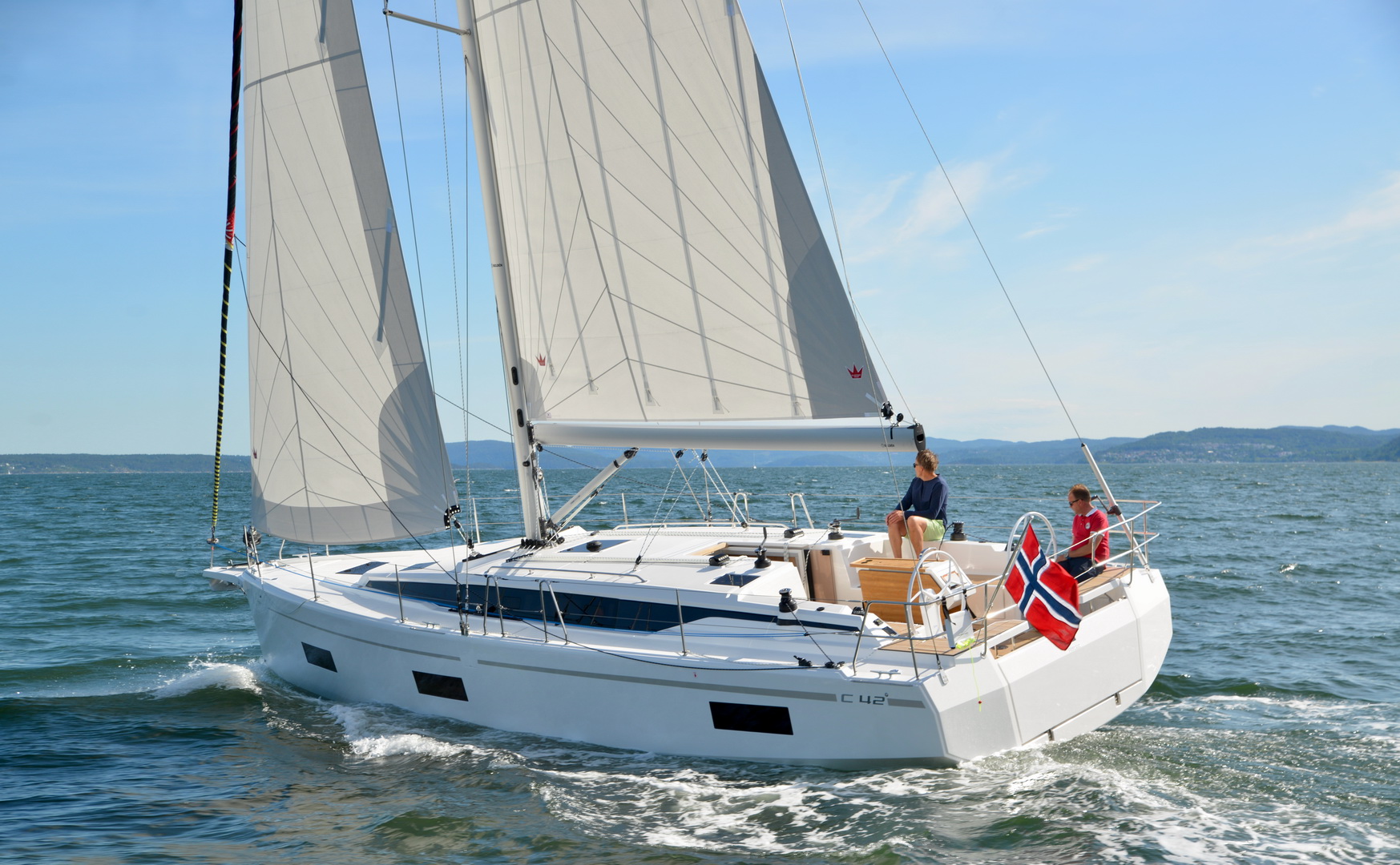 Bavaria C42 wins the Oscar of the boating industry

“And the Winner is…” was the motto for the BAVARIA C42 this Friday, January 22. She won the perhaps most important award in the yachting industry, the EUROPEAN YACHT OF THE YEAR AWARD.

You could almost call the BAVARIA C42 used to success. With the EUROPEAN YACHT OF THE YEAR AWARD, the BAVARIA C42 has already won its second award. It was just in December that the BAVARIA C42 was voted Yacht of the Year in France by VOILE magazine.

In the official statement, the EYOTY jury, consisting of 15 trade journalists from the 15 largest trade magazines in Europe, said: 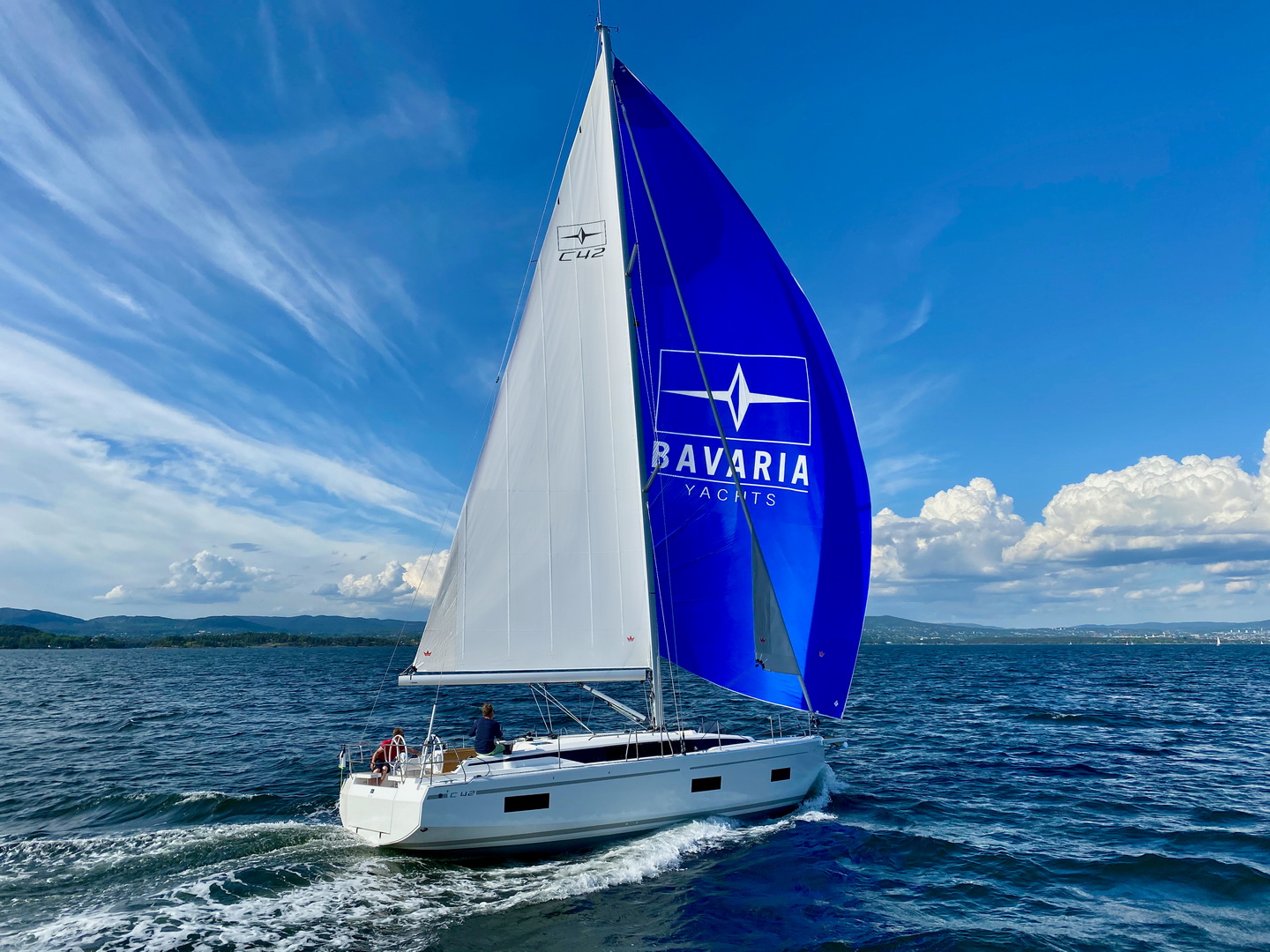 Despite strong competitors, the victory of the C42 is convincing in the end. The Bavaria C42 impressed the jury with its high level of comfort and perfect sailing characteristics. It can be sailed fast in all conditions and is easy to control. The C42 also scored with a good price-performance ratio as well as four finishing options and numerous extras.

After six years, in 2015 it was the BAVARIA CRUISER 46, BAVARIA thus wins this great and important award again. And that is something we can all be proud of. We want to say thank you to our team and all of you for the great work that made this success happen! 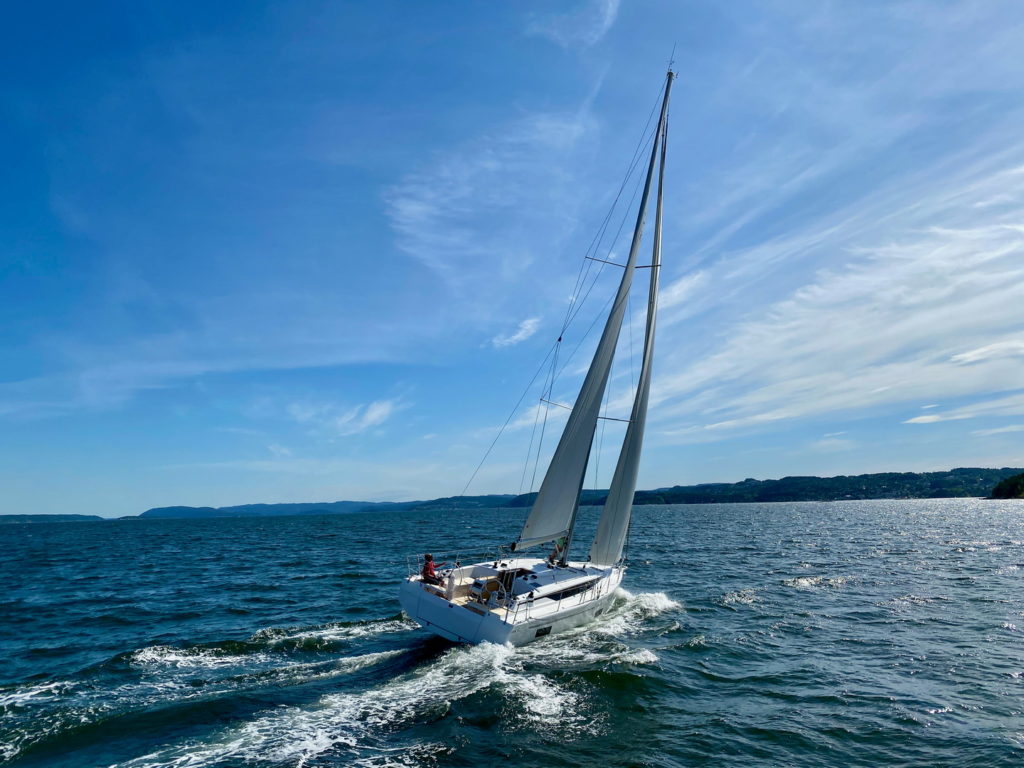 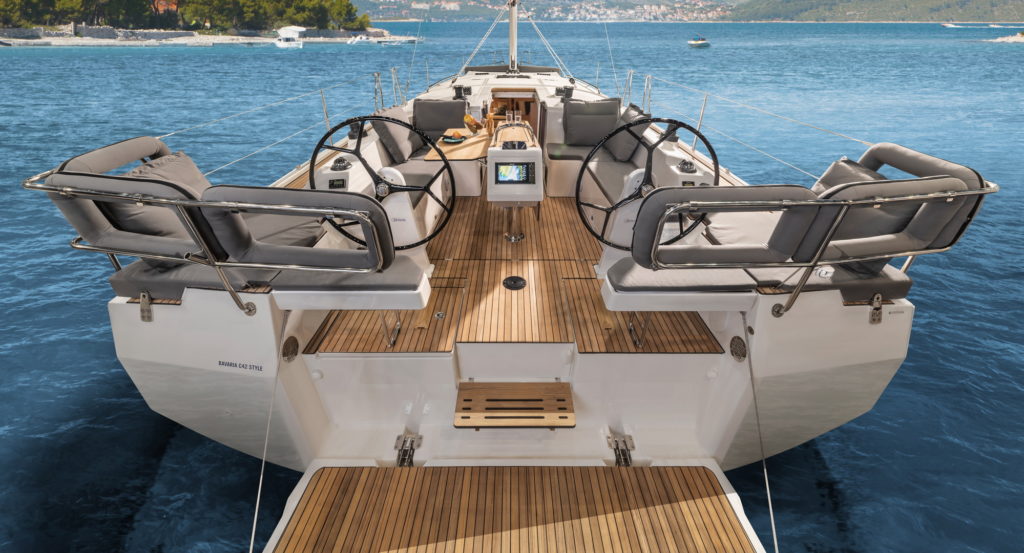 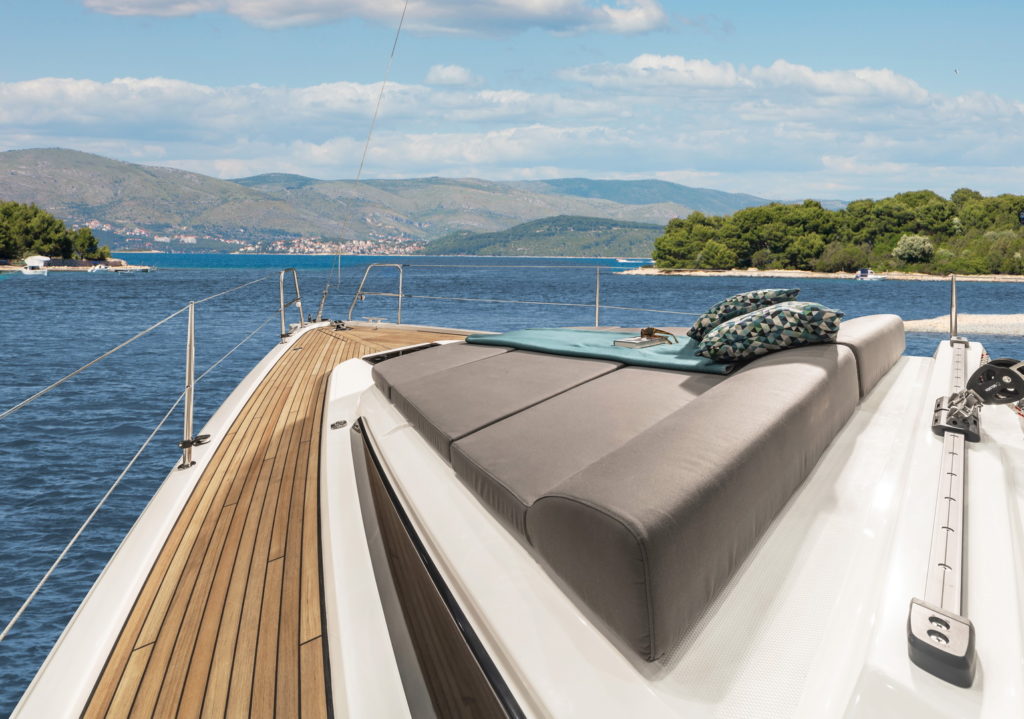 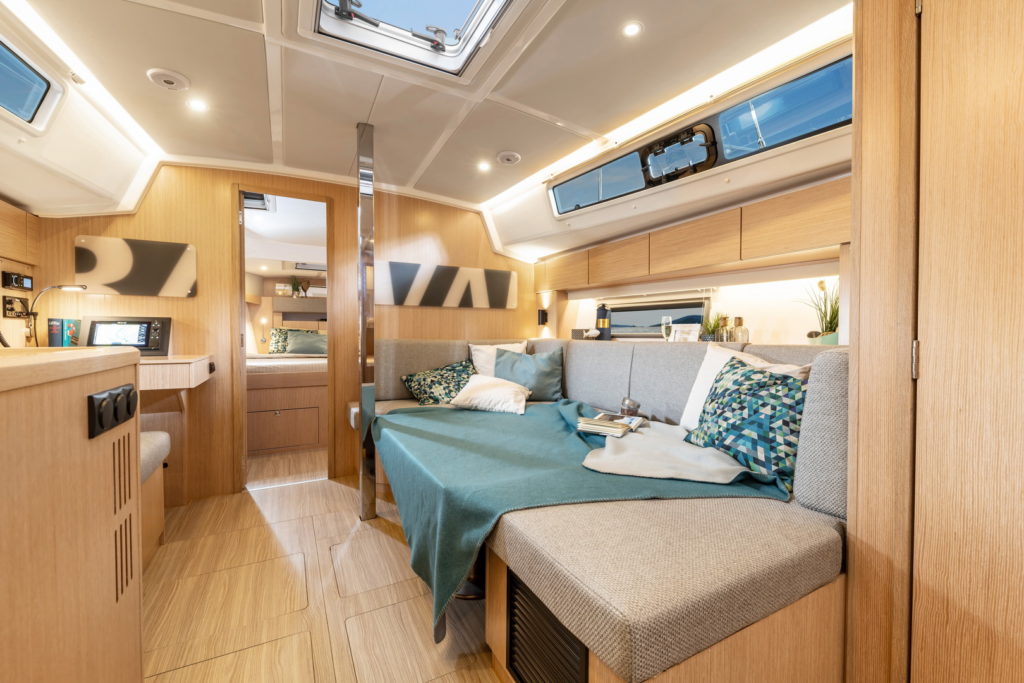 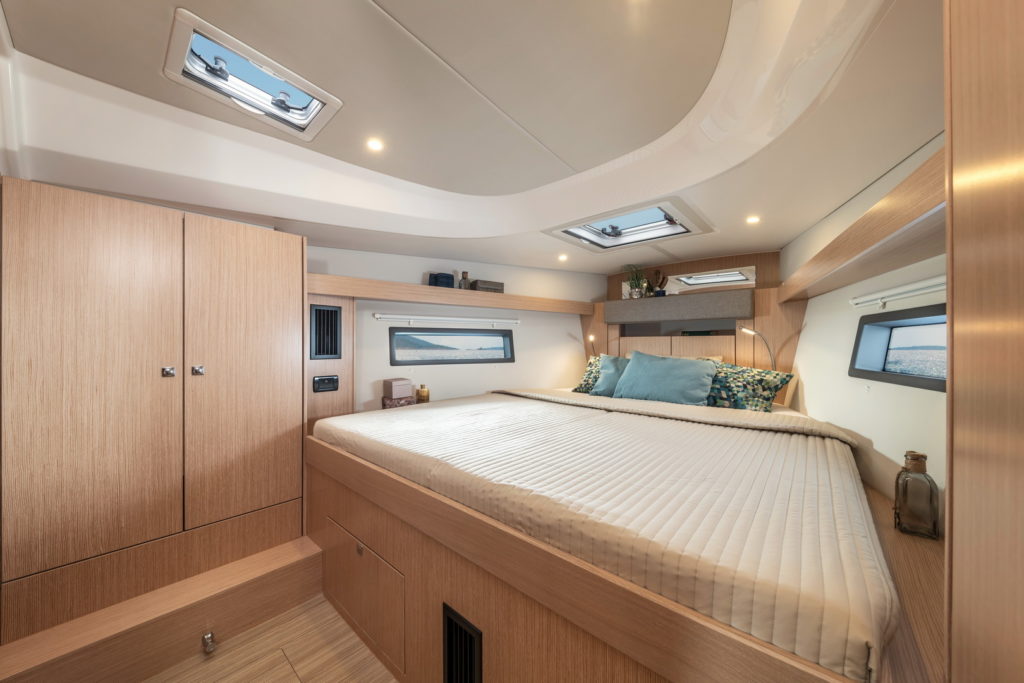 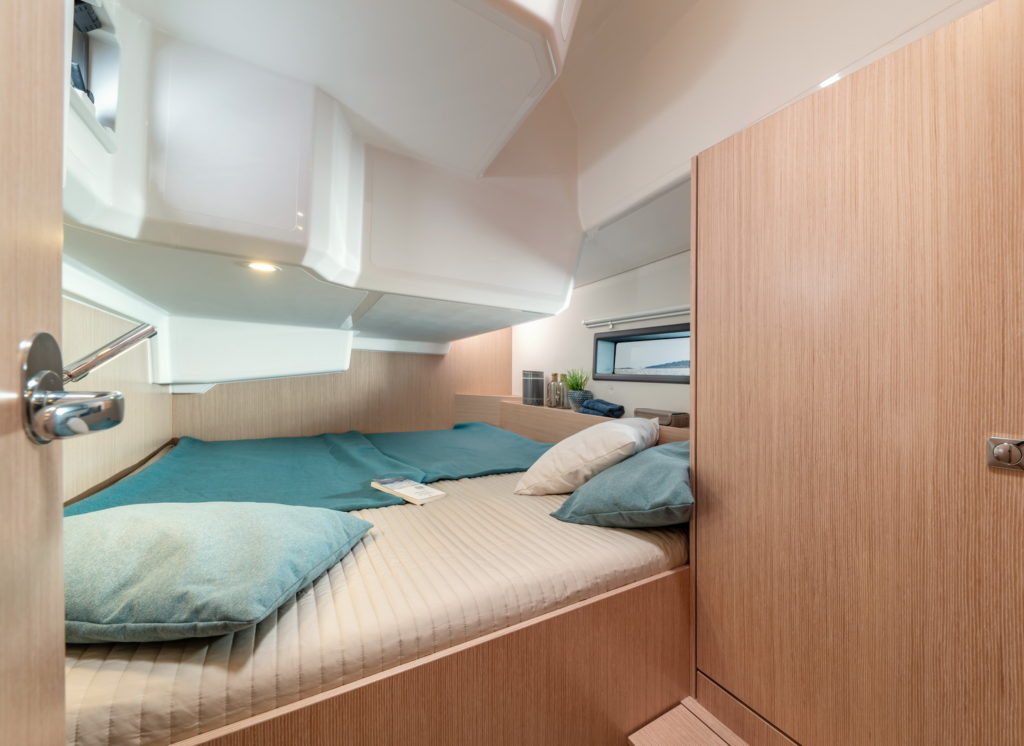 Many features are standardly included in the BAVARIA C42 series models. These include the self-tacking jib and a sail area of 100.6 m². Experience the impressive BAVARIA C42 dimensions for yourself.

The BAVARIA C42 is the logical progression from the BAVARIA C-line, but has its own distinct character. A modern, innovative hull shape with chines and a V-shaped bow developed by BAVARIA YACHTS guarantee both the best sailing performance and an unusually large amount of space below deck.

The clever details that BAVARIA YACHTS is known for, both above and below deck, has been further refined in the BAVARIA C42, providing this unusual 12.38m long sailing yacht with the best of the newest innovations in yacht building.

BAVARIA CHINES and BAVARIA V-shaped bow: These striking hull design characteristics not only give the BAVARIA C42 more space below deck, they also provide unusual good sailing performance. The BAVARIA CHINES ensure more stability, a longer waterline and therefore better performance and a more direct feeling when steering. But the prominent angle at the stern of the BAVARIA C42 has another advantage. It yields more space for the stern cabin, providing more comfort.

More space for the joy of sailing

When designing the deck layout, the BAVARIA YACHTS product management team concentrated their efforts on the essential characteristics in order to make space for an important aspect: the joy of sailing. The bow area and side deck provide an unusually large amount of space for a sailing yacht of this size.

The cockpit, with its ergonomically formed L-shaped seating bench, is also a space winner. That guarantees you a comfortable, fatigue-free seating position, whether you’re sailing close to the wind or enjoying a lavish lunch at the large cockpit table.

A new sense of space

The foredeck and side decks provide generous room for a sailing yacht of this size. The innovative hull design also opens up new dimensions below deck. Select from individual cabin layouts ranging from the luxurious 2-cabin version with a spacious bathroom
to the comfortable 3-cabin version with two bathrooms.

The U-shaped seating area at the starboard side and the portside lounge bench easily cater for eight people during a cozy dinner. As in classic layouts, the L-shaped pantry is located portside.

Lots of space for you and your guests

Thanks to the V-shaped bow and the large side windows, the bow cabin doesn’t simply appear spacious; when it comes to headroom and the space on offer, it’s close to unbeatable.

Owners can look forward to a real king size bed with a breadth of 1.8m and a length of 2.1m. Cupboards and abundant storage space go without saying. 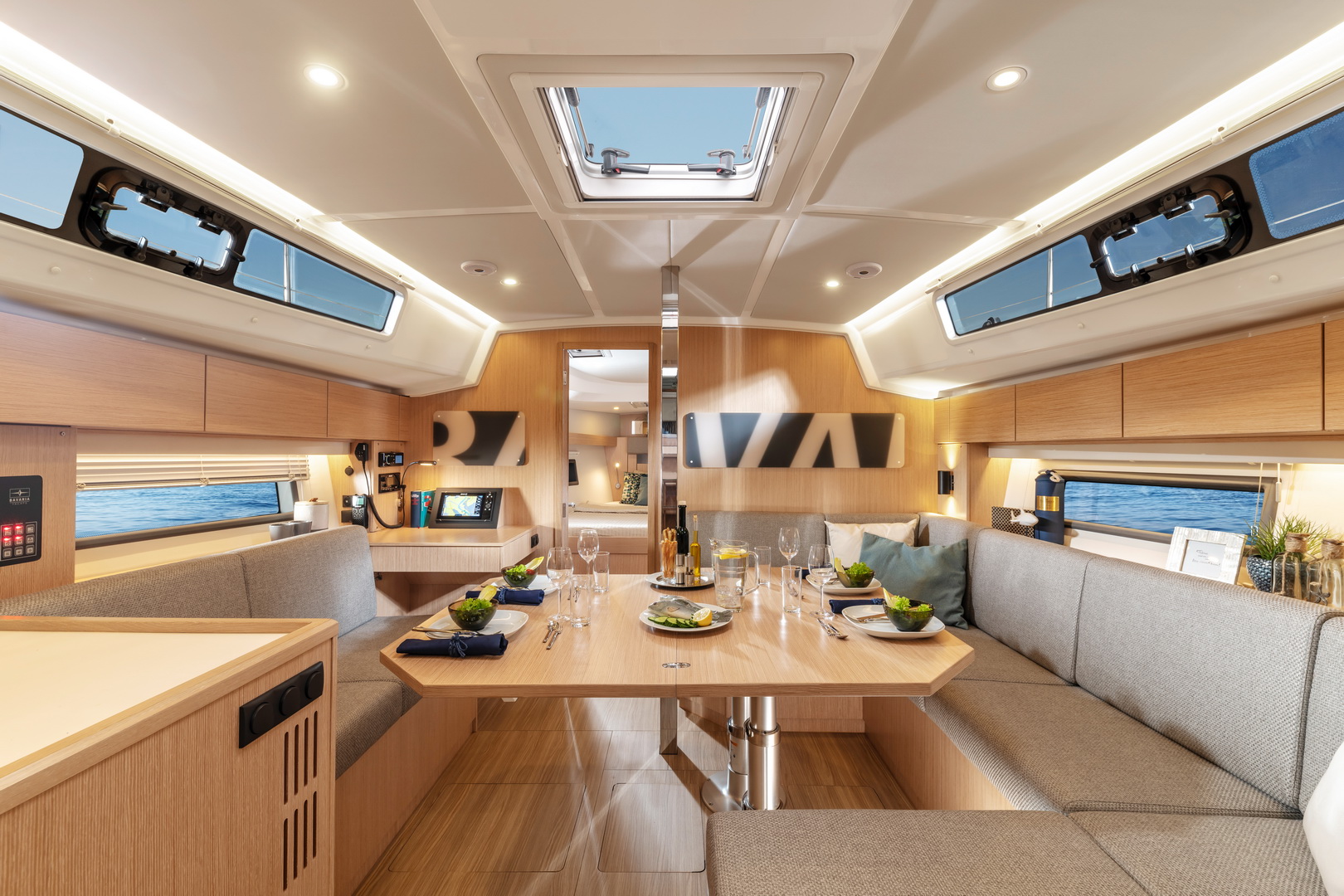 When developing the rigging and sail plan, the development team from BAVARIA YACHTS in collaboration with Cossutti Yacht Design focused on two aspects in particular: easy handling and above-average performance. 54 square meters of sail area for the mainsail and 47 square meters for the genoa sail provide the BAVARIA C42 with an extra portion of power from the wind.

While sailing with the wind abeam or running before the wind, a Code 0 sail (85 square meters) and a gennaker (140 square meters) ensure maximum speed. The self-tacking jib means the easiest of handling when tacking. What’s more, it’s included in the standard version of the BAVARIA C42. In order to be able to perfectly trim the two-spreader mast on all courses, a backstay and backstay tensioner are also included in the BAVARIA C42’s basic equipment.

Bavaria C42 wins the Oscar of the boating industry